It is unarguable that Mark Sinclair popularly known by his stage name “Vin diesel” role as Dominic Toretto in Fast and Furious was what glued him to the spotlight. This doesn’t mean he hasn’t featured in other incredible movies or produced some amazing piece over the years. Some which come to mind include Riddick, Pacifier, Xander cages XXX. His voice was even used in some of the biggest Marvel selling movies of today with the famous catchphrase “I’m groot”. Well, we aren’t here to wallow in Diesel’s fame and favorite movie quotes, we are here to talk about the most important woman in his life, Paloma Jimenez.

As the saying goes, behind every successful man, there is a great woman. It’s all about Diesels sweet heart Paloma Jimenez. Did you know they have been together since 2007? Well it’s hard to guess. With someone as hot and accomplished as Vin, who would have thought he did settle in so soon.

Well, other than the fact that they have been together since 2007, here are some untold truth you most likely didn’t know about the esteemed model Paloma Jimenez.

She is a Native of Mexico

At birth, this drop-dead gorgeous model was named Karla Paloma Jimenez Denagustin. Now, you are wondering where all that name went. Read along, and you will find out.

Paloma Jimenez was born in Guerrero, Mexico on the 22nd of August 1983. She speaks Spanish and English pretty fluently. She was raised at her birth home and called Paloma Jimenez as a short form of her full name. I guess calling her by her full name was proving to be difficult in the united states.

Paloma Jimenez is a Model

Paloma Jimenez has stated how she knew from a very young age she wouldn’t be doing the Modelling industry any favors if she wasn’t in it. Revealing in interviews that being a Model has been something she always wanted even as a little girl.

She is worth over $5 million

Paloma Jimenez is quite accomplished and currently worth over $5 million. If you are a lover of any of the coca-cola products, you will find that she has been in their print adverts and that of other reputable companies such as Honda, Pantene, and more.

She featured in a popular Mexican Comedy and Variety show

It appears that other than being a model, Paloma Jimenez also tried her hand in the entertainment industry. She featured in a popular Mexican comedy and variety show called Otra Rollo: ADALRAMONES which aired live on Televisa and on Unison (in the US).

The Otra Rollo ran from 1995 to the 5th of May 2007. Since then, we haven’t seen the partner of our favorite actor on television sets. I’m sure many of her fans and that of diesel are hoping to see her again, preferably in a collaboration between the couple. How sick would that be? Well, I live that to your imaginations.

Her relationship and family

Paloma Jimenez’s relationship before she and her current boyfriend Mark Sinclair came together isn’t known. In the same way, details about her parents or siblings aren’t known either. Mark Sinclair is one who likes to keep her personal life private, and if not for a few red carpets where she was flaunted by Vin, we probably wouldn’t have known they were dating either. Although, I think with the level of paparazzi on the lose these days, keeping her relationship a secret would have been impossible.

Paloma Jimenez and Mark Sinclair have been together since 2007 and still aren’t married. I guess they are both too focused on their career to want to try out married life, or perhaps they feel marriages never last. What better way can one possibly be married than living together and having three kids. Well, that’s the kind Paloma Jimenez and Vin Diesel are in.

Might I mention that he is 16 years older than she is? Well we have seen relationships were reverse was the case and the couple are still a power couple.

Their last Daughter was named after late Paul Walker

Paloma Jimenez and Vin are quite the lover of children. In 2015, the duo welcomed their daughter Pauline. Making their family a family of 5 with 2 daughters a son.

If Paloma Jimenez and her partner intends to make more children, they still can. However, before the publication they haven’t been any confirmation.Read also: 6 Upcoming Tv Fantasy Series That Could Be The Next Game of Thrones

Is Live Food the Best Solution for Your Reptile Collection 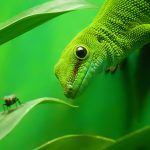 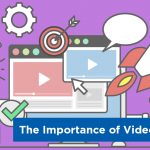