Mount Everest is also named Sagarmatha, which is the world ‘s highest peak in the world; It is located inside the Sagarmatha National Park which enlisted in the UNESCO world heritage site. The flow of tourists, especially visits this place for almost adventure purposes. Usually, risk-taker tourists visit this place for moreover satisfaction and different purposes like Climbing the top to be renown, ice climbing, Everest base camp trek, sightseeing through the helicopter, etc. and so on. The official English name is given by the Royal Geographical Society with a recommendation of Andrew Waugh, who is also known as the British surveyor General of India.

Lukla is known as a small town located in the Khumbu Pasanglambhu rural municipality at Solukhumbu district. It is situated in the province, no one in the northeast of Nepal which is 2860 m above sea level. It is one of the most popular places for all visitors to see the beautiful Mount Everest and other cinematic Himalayas. The sites have the most beautiful nature with the shirt see of mount Everest makes the site more adventurous. You can move to the Lukla taking a flight from Pokhara for the easy excess.

Namche is one of the famous places where Everest can be seen. It is 3500 m above sea level which is also called the staging point of the expedition to peak and other different Himalayas. It has also made some small colorful market towns which have goods selling from the Tibetan artifacts in trekking or climbing equipment and other things that might be needed on your trip. Namche is precisely located in the slope of an arch-shaped mountain that has fantastic views of the big giant Himalayan Everest. Most of the tourists take long rest over there in Namche to relax and see the beauty of Mount Everest in Nepal.

Everest view hotel is located in the National park i.e., Sagarmatha, which is also already enlisted in the UNESCO World Heritage site. This hotel one of the highest point hotel from where we take a beautiful view of Everest. The hotel also offers 360 degrees of awe-inspiring peaks with the mind-blowing view of mount Everest. The travelers would see the immerse in this mesmerizing scene in luxury.

Tengboche is also one of the famous Buddhists Monastery which is almost above the height of 3867 m above sea level, capital of Namche Bazaar. It ultimately shows offers the most beautiful view of Mount Everest and other various mountain located in this region. There are multiple hotels and lodges you can even get a chance to take a rest in this place to see the Mount Everest region.

Kala Pattar is also the place from where we can see the view of Mount Everest easily. Kala Patthar is the nearest place to Everest base camp, which is almost at the height of 5164 m above sea level, which remains the highest view in Nepal. It is slightly close to Mt. Everest can also get without excellent mountaineering skills. 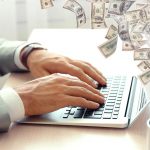 Magnesium-Rich Foods That You Need To Include In Your Diet