“An ambient experience that extends across devices” this is how you define the Google assistant or the artificial intelligence voice assistant from Google. The definition was given by the CEO of Google Sundar Pichai back in 2016 when it was first launched for the users.

Unlike ‘Google Now’ previous virtual assistant Google Assistant offers a two-way conversation that can be accessed through smartphones or smart home devices. Despite the keyboard input, the users primarily interact with Google Assistant through their natural voice. The assistant enables you to browse the Internet, schedule alarms and events, manage hardware settings on the user’s device, and display information from his linked account.

But on the one hand, where the artificial intelligence had made things much easier for the people then on, the other hand, it also puts a question mark on your privacy.

Do you want to know how?

The search engine Google, which has now become one of the most significant players in the tech world revealed a piece of nail-biting news recently. It has been listening to the voice recordings of its consumers from its AI voice assistant.  The brand admitted that people could access the records made by the Google assistant after the Belgian Public broadcaster VRT leaked their Dutch language recordings.

The VRT report says, “Most of these recordings were made consciously, but Google also listens to conversations that should never have been recorded, some of which contain sensitive information.”

David Monsees, Google’s product manager of Search also acknowledged that the company’s language experts do listen to these recordings so that they could take a step ahead in understanding the language better and in developing the speed.

“These language experts review and transcribe a small set of queries to help us better understand those languages. It is a critical part of the process of building speech technology, and it is necessary to create products like the Google Assistant,” the post read.

Although all this, Google insists that they can transcribe only 0.2 % of the voice recordings. Also, the records do not reveal any personal information of the user and that no background noise is reproduced by the language experts to maintain privacy.

However, it was found that out of over 1,000 recordings made from the Assistant VRT reported that 153 were recorded accidentally which even revealed some personal data of its users like their home address, names of their family members, their love life, etc.

As you know when you say the phrase “Ok Google” it starts recording, but it has been found that in some cases where the background noise is high the AI voice assistant misinterprets something else as “Ok Google” which triggers the recording process.

Some time back Google’s rival Amazon also revealed that Alexa also interpreted a “tiny sample” of voice recordings which were produced by the echo to train its language understanding and speech recognition systems. The statement was further certified by a report from Bloomberg that thousands of Amazon employees listened to the voice recordings made in echo owners’ offices and homes.

Back in the year 2017, Google confirmed a bug in its Home Mini speaker, which permitted the smart device to record users even when the wake-up word did not activate it.

Whereas, on this issue an investigation is being carried out by an Irish Privacy Watchdog, to which the Google replied “Our security and privacy response teams have been activated on this issue, are investigating, and we will take action. It is a full review of our safeguards in this space to prevent misconduct like this from happening again.” 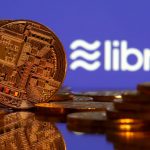