Sometime back, the social media giant Facebook unveiled its crypto-currency Libra, which will be launched in the year 2020. So if you want to buy something from any corner of the world or want to transfer money without being charged, then Libra is tailor-made for all of you.

The project is intended to be a global initiative; a means to extend financial services and access to more than 1.7 billion unbanked people around the world.

The currency will be incorporated in a Calibra Wallet, which will be easily available on facebook’s owned Whatsapp, the Facebook app, and Messenger. Coming over to Calibra it is going to be the subsidiary company of Facebook which will handle its crypto dealings and will take care of the user’s privacy where your real identity won’t be tied to your publicly visible transactions.

Talking about its governance, Facebook won’t fully control Libra and will have other founding members like Visa, Uber, and Andreessen Horowitz, members of the Libra Association.

“People with fewer bucks pay more for financial services worldwide. People are questioned why they remain on the fringe of the existing financial system. Those who remain “unbanked” point to not having sufficient funds, high and unpredictable fees, banks being too far away, and lack the necessary documentation.” Libra writes on its whitepaper.

On the other hand, the craze is growing among public the cryptocurrency; Libra is an inviting specific essential question being raised by critics. And the first name in this list is of none other than Donald Trump who is of the view that cryptocurrencies are highly volatile and are based on thin air.

“I am not a fan of Bitcoin and other Cryptocurrencies, which are not money, and whose value is highly volatile and based on thin air. Unregulated Crypto Assets can facilitate unlawful behavior, including drug trade and other illegal activity,” Donald Trump wrote on Twitter.

He further added that “If Facebook and other companies want to become a bank, they must seek a new Banking Charter and become subject to all Banking Regulations, just like other Banks, both National and International.”

Trump’s statements poured in from an event at White House, where he criticized large technology companies that mistreated conservative voices.

And Donald Trump said that the currency has “little standing or dependability.”  “We only have one real currency in the USA, and it is stronger than ever. It is called the United States Dollar!”

As per the statement of Jerome Powell, the FED has already developed a working body of members to look into the project and work hand to hand with other government’s central banks whereas on the other hand the US Financial Stability Oversight Council has also declared his panel of regulators that will make sure the avoidance of any possible risk to enter the financial system.

American businessman and investor Mark Cuban also said “not a big fan” of Libra because of the potential, reactionary impacts of extending financial access to the underrepresented. “That’s where the real problems start occurring.”

Despite such a strong reaction by the critics against the cryptocurrency, it will be interesting to see how Facebook will turn all those questioning arrows in their favor.

Saying ‘Okay Google’ on Google Assistant is No Safer; Know Here Why 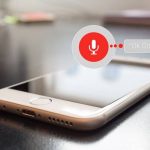 FOLLOW THESE SIMPLE WAYS TO LIGHT UP YOUR BATHROOMS