With its continuous efforts and their long going fight with measles disease, the Lankans are more than happy to say that they are finally a measles-free state from now. Whereas, on the other hand, their fine neighbors India seems still some years away from achieving their goal to counter the diseases like rubella/congenital rubella by the span year 2020.

This deadly disease (measles) affects mostly the children and is no wonder the leading cause of death and disability among them. As per the latest data provided by Global Measles and Rubella Update, the country has already reported 47,056 cases within just time of one year from May 2018 till April 2019.

WHO has already recommended the children to get immunized with two doses of measles vaccine, either alone, or in a measles-rubella (MR) or measles-mumps-rubella (MMR) combination. Universal Immunisation Programme provides measles vaccination in India at the age of 9-12 months and the second dose at the age of 16-12 months. Despite such measures by WHO, India still has a one-third ratio of measles-related deaths worldwide.

The measles vaccine was introduced in India under the National Immunization Program in the year 1985 as a single dose of infants aging from 9 years or above. Whereas, the thought was already initiated eight years before the year vaccinations initially got stated under the Expanded Program of Immunization.

From 56% percent coverage in 2000, the Measles-containing-vaccine first-dose (MCV1) immunization jumped up to 87% in the year 2015 which further triggered the ministry of health and family welfare to implement the MR vaccination campaign for children falling in the age group of nine months to less than 15 years in a more systematic manner.

The campaign aims to cover approximately 41 crore children to achieve the elimination and prevention of future transmission of the virus. According to the National Family Health Survey-4 of 2015-16, it has just reached up to 81.1%, whereas the WHO had demanded at least 95 percent.

One of the last countries to introduce MCV2 in the national immunization schedule was India. And apart from this, the sad thing is that the large states like Madhya Pradesh, Assam, and Rajasthan have an uneven distribution which is already struggling with MCV1 coverage not above 80 percent.

Experts are of the view that if the hurdles related to effective surveillance and misconceptions pertaining to the immunizations/injections can be discarded then the target of complete elimination or reducing the number of cases to a low level for at least three years wont to be too far.

Dr. Rakesh Tiwari, a senior consultant of Paediatrics, quotes that “Like Polio, measles can also be eliminated. The vaccine is good, the campaign’s intent is good, and the goal can be achieved if challenges like parents’ hesitance or no-show of parents with their children to the vaccination centers can be overcome”.

Another statement regarding this issue was given by Dr. Neha Joshi, a pediatrician at Sitaram Bhartia Institute of Science and Research. Who said, “Since lack of awareness and socio-cultural beliefs play a major role in the decision-making of families getting their children vaccinated, overcoming these social barriers by improving female literacy and addressing lack of awareness or motivation through bridging the gap between parents and physicians can help.” (Source)

Along with this, the enhancement of the infrastructure to lay down adequate immunization and community-based outreach programs to address vulnerable households is also essential.

“THE DRESS” BY ZARA IS THE NEW STOP FOR FASHION 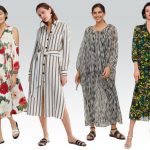 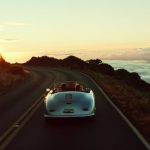 5 Best Places to Travel on a Budget